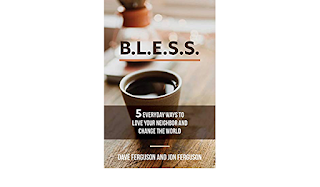 Encouraging Words as We Start 2021

- January 05, 2021
This past year stretched and challenged us. It taught us a lot about ourselves, one another, and God. It also displayed, perhaps more clearly than ever, the depravity of our world and the utter need for the ultimate healer, rescuer, and peacemaker: our Lord Jesus Christ. It is not guaranteed that this year will be easier, but we can rest assured that He has made us “for this very purpose” (v. 5). (2 Cor. 5) What awaits is something brand new and He will be with us all the way home. The New Year offers each of us a fresh new start. Probably more than ever, you are longing for something new. Allow the Lord to show you which areas of your life need a new beginning and choose to begin each day in His Word. We’re reminded to Fear Not! We may not know the future, but know WHO hold the Future.
Post a Comment
Read more 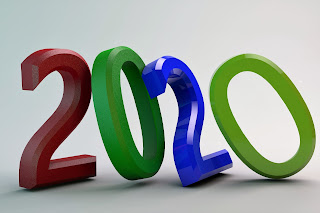 So I learned a lot of lessons in 2020 and the year that everyone wants to put behind them. Here are some lessons I've learned along the way - in no particular order.  10. Pastoring a church and leading during a pandemic can be a hard thing. Thinking through a lot of venues, and the challenges ahead.   9. Streaming online is an ongoing learning curve. From which platform, to trying to keep things somewhat "normal" to having great volunteers to running the camera, computer and having the right equipment. It was the school of hard knocks.  8. Remote learning - Kids weren't meant to learn remotely. PERIOD. There is something about being in-person and face to face. Even in a church setting as well. Yes, we want to keep people safe. And it is a struggle for teachers, parents, and students. How does one control 25 elementary school students at the same time? (what ever happened to limiting screen time?) The balancing of in-person and those students learning remotely and
Post a Comment
Read more 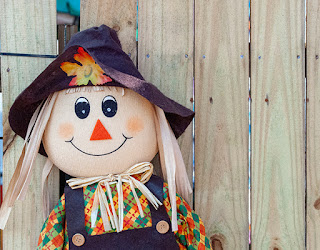 - October 16, 2020
: “The Dragonfly” Once, in a little pond, in the muddy water under the lily pads, there lived a little water beetle in a community of water beetles. They lived a simple and comfortable life in the pond with few disturbances and interruptions. Once in a while, sadness would come to the community when one of their fellow beetles would climb the stem of a lily pad and would never be seen again. They knew when this happened; their friend was dead, gone forever. Then, one day, one little water beetle felt an irresistible urge to climb up that stem. However, he was determined that he would not leave forever. He would come back and tell his friends what he had found at the top. When he reached the top and climbed out of the water onto the surface of the lily pad, he was so tired, and the sun felt so warm, that he decided he must take a nap. As he slept, his body changed and when he woke up, he had turned into a beautiful blue-tailed dragonfly with broad wings and a slender body desi
Post a Comment
Read more 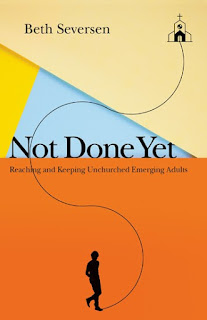 What are you reading this Fall?
1 comment
Read more
More posts

My Search for the Black Rock Hotel. 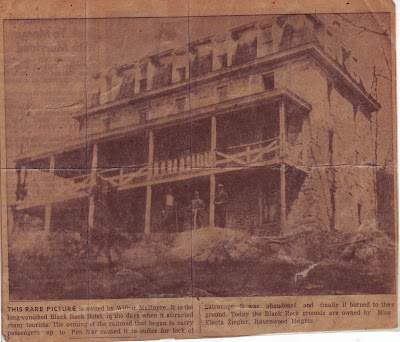 I'm fascinated by History. From my office I am at the foothills of South Mountain and can view Black Rock. (I want to take a picture the opposite way from there to my office - how cool would that be?) In talking to some church members, they gave me some history. One is a man whose father, built a log cabin from the lumber of South Mountain. He generously gave me these two pictures to scan. (I haven't found any others online and just some scarce history about the ole Black Rock Hotel) "Black Rock is located just over the crest of the Mountain, over looking Washington County and Hagerstown to the west. About 20 years after Reason’s return visit to Wolfsville the Black Rock Road was built across the mountain toward Hagerstown, passing to the northside of Black Rock. This was in 1876 while Wolfsville’sDaniel Biser was a County Commissioner.About four years later Jacob Drill Wolfe built a hotel at Black Rock Spring. Both this hotel andthe second “Black Rock House” built a
Read more

- June 25, 2020
From the Preacher’s Desk: We are living in a time when we need to embrace the discomfort of racism as uncomfortable as it may be. Jesus died for all people. Red, yellow, black and white ... . The church should and must be leading on these issues. Every life unjustly killed deserves justice. We cannot support the Black Lives Matters Organization since some of their views are deeply at odds with the church. The ultimate goal of the church is to see: Broken Lives Mended By Christ! How? We will act justly. We will love mercy. We will walk humbly with our God. We Have To Be United As One! It is not enough to not be racist... The goal is to be anti-racist. - Andy Stanley Our Action Steps: Admit racism is real. Listen. Pray. Love. We do not support any movement to defund the police, although we do believe some our systems need to be reformed. This is not about police officers. This is about all of us. Are there some bad police officers? Yes, let's be clear, just like there ar
Read more