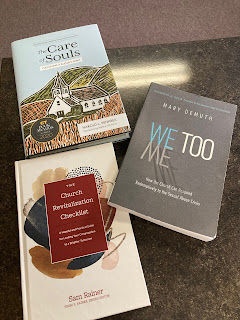 Nicole had back in-person for her senior year. Graduated in June ...and went onto Virginia Tech and is loving her first year there.

Kendra was going to Reynolds. Took a few classes. This Fall she took an "Improv" class which she loved. She decided Post-secondary education wasn't for her. She is currently looking for employment.

Valerie is working at Atlee Christian loves it.

We lost Hope our Cat in the Spring. We made the difficult decision after her battle with a cancerous tumor ..and removed ... it came back ... so we laid her to rest. In the Summer, we've been blessed with 3 kittens - by surprise who changed our lives. Sammie, Luna and Toby. All black cats that we love dearly.

I got my citizenship (After many years) July 4th this year. So exciting, and got to vote in my first election.

In Church news, We've been holding together - in a post-midst Covid Church-  streaming, outreach - Fun Day etc. Some of the highlights include: Camp, Homecoming, Fun Day, missions, ICOM etc.

As I look back, I see a bright future ahead. 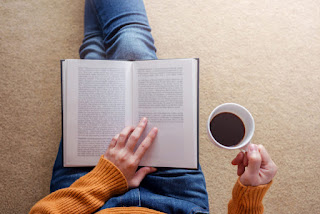 Every year I Read several books. Here are ones that I am currently reading and have on my To READ list and are waiting for me to pick up. They include:

The Art of Dying - Rob Moll.

Winning the War in Your Mind - Craig Groeschel.

WE  TOO ME - Mary Demuth

What are you reading? Recommendations for me to read?

Thoughts to Live By

Thoughts to Live By:

2.     Everyone does not have the same talents and gifts.

4.     Those who enjoy life have learned to let life work for them.

5.     Character is more important than position.

Ten Reasons Why the Church of Christ is Worth Investigating

5. Its acts of worship are patterned after the New Testament. John 4:24

6. It teaches that spiritual unity can be attained on all disputed doctrinal questions. - 1 Corinthians 1:10

7. The church of Christ pleads for unity of all believers of Christ. John 17:20

8. It is not a denomination nor a group of denominations but the body of Christ. - Col.1:18. Its founder is Christ himself. Matt.16:18

I have tons of friends that think writing a book is a BE All That thing. Problem is - it isn't.

I have tons to say but the medium which I say it is through online resources.I've been quoted in a few books. Been honored to preview and give feedback on some published books. Even know some publishers, authors, and friends who have had their works published. (Trust me - they aren't rolling in the dough)So what's my advice to those struggling authors out there?1. Start small.2. Write what you are passionate about.3. Write your book or article as if it would never be published but you would want the whole world to know about it.4. Invest yourself in another occupation.5. Don't write to just write. Write as if you are telling your story.6. Be creative.7. Don't intend on publishing a book but seek advice from other authors and publishers.8. Have Fun. Always improve but know that works are never just done overnite.
- August 05, 2021 No comments: 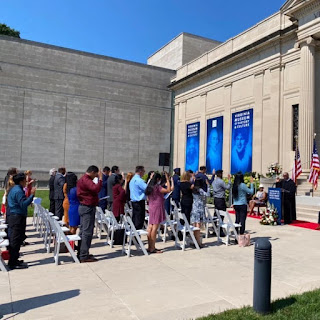 Gerrard Fess, a native of Selkirk, Ontario, took the oath to become an American citizen, along with approximately thirty others. Gerrard, a 1991 graduate of Cayuga Secondary School, graduated from Mid Atlantic Christian University in Elizabeth City, NC in 1995. He was ordained as a minister from his home church, Selkirk Christian Chapel in 1995. He went on to serve several youth ministries in Ohio, Indiana, VA, and NC. He, also, took seminary classes at Anderson University School of Theology in Anderson, Indiana.  He has pastored two churches, one in Maryland and currently serves at Bonnie Brae Church of Christ in Henrico, VA. He is an author, blogger, and husband to Valerie, and father to three children: Kendra, Nicole and Brian.

Gerrard has served on several boards ..Most recently Oak Hill Christian Camp and is the Lakeside Clergy Representative to Lamb's Basket. He's been a Chaplain Associate, and enjoys reading and drinking coffee.

He currently also helps out at Atlee Christian Academy with their After-School program ... mentoring young people.

Asked why American Citizenship and why it took so long? "It was my children, suggesting that I tell others to vote their Christian values, why didn't I?" So this Fall, 3 of the Fess Family will be voting for the first time.

Gerrard is very proud of his heritage. His new dual citizenship (or as he called it Tri-citizenship: Canadian, American, and Heavenly citizenship)